He is not a musician you can easily categorize! Blues, funk, americana, alternative, oriental, folk… all these – and many more – together could describe his creations. For us, Christian Ronig is simply a German singer and songwriter who brings Greek traditional music to a larger, international audience as he has managed to find his own, unique style that simply fits it!

There’s no point in putting a label on it… in his own words for him it’s just… music! After all, Christian Ronig is a German-rebetis who’s off the beaten track! After his album “Greece is Mine”, it’s time for him to reveal to us what he’s been busy with during the lockdown and if you’re wondering if his new music has anything to do with the Greek element again, the answer is “yes!”.

His next album titled “Heavy Seas at the Cape of Good Hope” is set to be released soon and we can’t wait to hear all the details about it! What surprises does this record have in store for us? What makes it unique in his own perception and what can we expect from him in the near future?

Read everything you want to know about Christian Ronig and his brand new album in the interview he gave exclusively to SounDarts.gr!

Hello Christian and welcome to SounDarts.gr! First of all do you speak any Greek?

(in greek) Yes, I speak a little and I understand but when we talk about complicated things, it’s hard! Music is very complicated so I’d be glad if we could do this in English!

And you spend a lot of time here in Athens right?

I lived for four years, on and off, in Athens!

So do you feel any Greek by now?

In an older interview, you have mentioned that for non-Greek audiences is difficult to appreciate our music due to the combination of oriental rhythms, scales and instruments. How did you try to change it and bring it closer to wider audiences?

It is the rhythm, it is the scales, it is the harmonies, also the language and the instruments because all together I think makes it a little bit difficult for the non-Greek audience to understand it, unless they have been to Greece and experienced it! I think that’s a different thing! After I did the translation, I tried to find a musical genre where it fits. With the new album I was actually even more relying on Paraskevas, the bass player who also did the arrangements. I always make clear demos, with a clear philosophy and I give it to Paraskevas. He understood what I was trying to say but he took it further. So it’s not only me it’s everybody who’s involved in doing this. It is an attempt of finding a genre, an atmosphere or a mood that could fit the songs.

You released “Greece is Mine” in 2017. Five years later you’re coming back with another album which is still related a lot to the Greek music, but can you spot any differences between these two albums?

This time it’s a little bit different! There will be two albums. The first album is just covers of Greek songs and the second is original songs of mine that I wrote and composed for which I took elements of Greek music. Maybe they sound much more Greek than actually the covers because they have more instruments, more atmospheres, more rhythms and some of them have more scales that are a little bit alien to the westerners I guess. I’m stuck to Greek music or eastern music or oriental music, whatever you prefer, alien to the westerner gears I think.

If you had to describe your style to someone who hasn’t been exposed to your music, how would you describe it?

I think the style is something that somebody else has to find because for us musicians it is basically music. Maybe we know what it is not! It is very hard for me to think of styles because it doesn’t matter really to me. Styles are labels for the market to sell music and you journalists need to short it in so it is, I think, independent, alternative, folk, with a little bit of blues, funk and traditional stuff. I don’t know how would you describe it?

So we could say it’s something like “grues”! haha!

Your next album is called “Heavy Seas at the Cape of Good Hope”. Why did you choose this title for your new album?

“Good Hope” is one of our main driving forces in life. We hope for a better future, for a better life, a better job maybe, a nice family or anything really. Hope keeps me going! My hope is to make music and to be able to do concerts and albums. During the lockdown I felt threatened because at least in Germany people don’t agree to tend to go to many concerts anymore, so the ground we walked on or we lived on with hope has become a cape, surrounded by heavy seas and lots of things that threat this hope! The pandemic was a threat for a lot of us financially, economically, socially, the war is (a threat), the energy crisis is, there have been a lot of threats to all but I still would say that I’m hopeful even if it’s a rough trip!

When I first read the title I was trying to find the connection of “Cape of Good Hope” to Greece?

You could say that Greece is my “Cape of Good Hope” because I would like to make music, to play and write music, play in concerts and all that has a connection with Greece because here’s where the whole album happened and where I wrote it. If you want to put it geographically it could be seen as Greece!

Your first single from this album is “Feel The Heat” which was followed by “Deep and Silent Sea”, a cover of “Thalassa platia” by Manos Hadjidakis. Why did you choose these songs as the promotional singles of your new album?

I didn’t do that! It’s the record company that did! Maybe I would have chosen something else but why not? I mean it the Germans and the French really like “Feel The Heat”. They like the tsifteteli, its atmosphere, its groova and for some strange reason especially metal heads or hard-rock listeners tend to like it even more.

I think that was a brilliant idea to use tsifteteli rhythms in this song!

Thank you! I got the idea when I was in an Areti Ketime concert where she was playing with an eastern group. She was playing a tsifteteli and then a woman came in and instantly started dancing to it. We were very taken by this performance so I thought “this is a good dance. This is sexy, this is sensual and I like it”! This is how I wrote it and that was the inspiration behind that song!

Why did you feel you wanted to cover “Thalassa Platia”?

This was one of my mother’s favorites! I have somewhere a photograph of me as a baby always pulling out that vinyl of the album but it wasn’t the original! It was the cover version by Nana Mouskouri. When I listened to it again a couple of years ago I thought “Man this is a great song and maybe if we played it more in a kinda Calexico or Americana way…”. I wanted to play it a little differently but Paraskevas said “No, no, no we’ll do it this way” you know with all that travelling, that bass and this grooving… Andreas Polyzogopoulos is playing like a “young god” as we say in Germany. I think it was one of these magic recordings. When we recorded it, we got the feeling that it was something magic, that it has a nice feeling and atmosphere. I was very glad when I got the permission to put it on the album!

What details can you reveal about “Heavy Seas at the Cape of Good Hope”? Are there any surprises on this album?

I was able to record this album with these fantastic musicians that did a wonderful job. I felt blessed to be able to be in the studio with them. The best thing was the co-operation between Paraskevas and me and the sound recorder, Michalis Kavadias. I think the last three songs we recorded it’s just the three of us because it was so good! There will be one let’s say surprise but it wouldn’t be a surprise if I told you now! There are also some really good and interesting covers like a rebetiko song which is secretly one of my favorite of all the covers, «Που να βρω γυναίκα να σου μοιάζει», I like the way we did it!

We named it “A woman like you” because the whole title wouldn’t fit the CD… I mean “Tell me where to find a woman like you” would be enormous and not catchy at all! Haha

In which ways do you believe that your sound has evolved over the years?

First of all… I grew up! This time I wasn’t producing it myself therefore I had more artistic control let’s say on how I wanted it to be! Also my collaboration with Paraskevas and Michalis with whom I worked for the last five years. We are friends and we know each other, we talk about music and sound. We were able to produce the songs that I wanted! I wanted it to be a bit more edgy, contemporary and a bit dirtier in a sense. I also lived for four years, on and off, in Athens and it is different if you produce an album in a big city than on an island. I think the environment always comes into the recording.

How do you recall your experience from your first live in Herodeion?

I think Herodeion was a very lucky one-off. It wasn’t something that comes every day or every year! I was very grateful to Mystakidis for the invitation, for being allowed to have that experience which is still one of the most impressive experiences that I had. I’m not expecting to do that again anytime soon. I hope that -covid-allowed- we will be able to play some small live shows, something intimate. This time I hope I can go around the country not only Athens but also to other places in Greece.

Do what you want to do with hurting the least amount of people! But try to do it because you got only one life! Never mind if it works or if it doesn’t! Success doesn’t show you that you’re doing something with good quality! Success and quality are two different things after all! 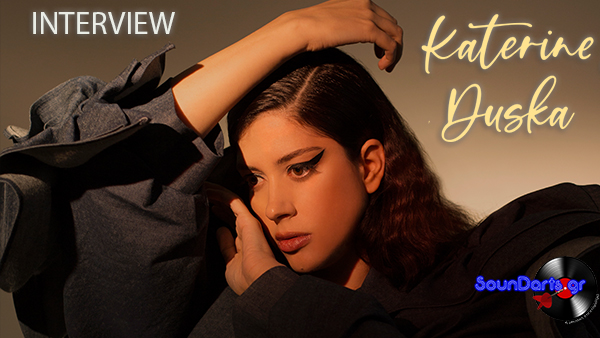 Katerina Duska is one of the most beloved Greek singers in the English-speaking music scene, a fact that quickly helped… 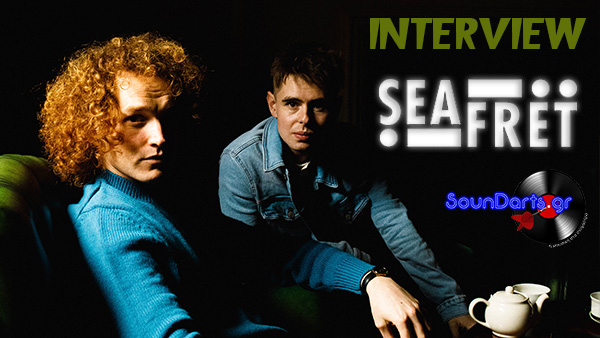 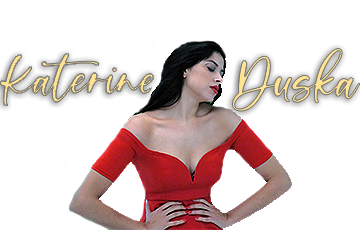 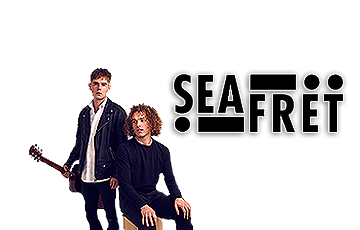 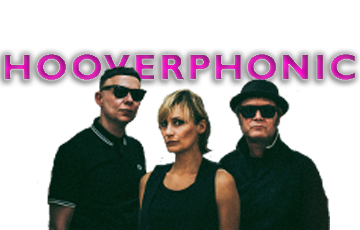 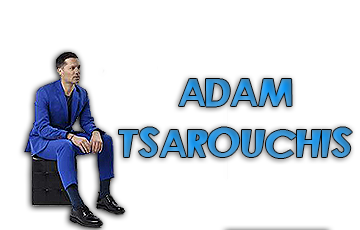 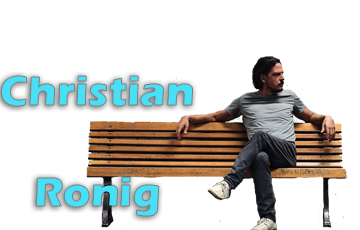 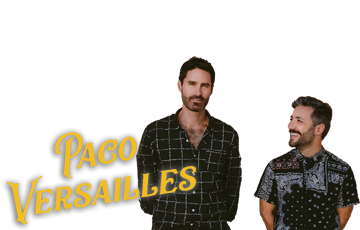 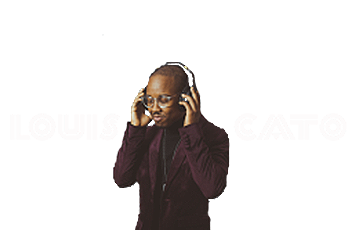