Italian singer Mario Biondi doesn’t need special recommendations as an artist. His work, his unique voice and his perfrmances speak for themselves and that’s enough for someone to understand that we are referring to an artist who rightfully holds a place in the pantheon of jazz, soul, funk, pop performers … music in general! Besides, he doesn’t like “labels” either!

As a human, however, he is just as seductive. On the occasion of the release of his new album entitled “Dare”, we contacted him for an in-depth interview. From the first moment with plenty of humor -but also patience due to a bad skype connection-, Mario wore his best smile and didn’t hesitate to say exactly what he believes without mincing his words. The conversation was so friendly, it was as if we had known each other for years.

So he talked to me about everything … his new a;bum, his “shiny” collaborations on it, his future plans, his unfulfilled ambitions in his career but also about his place of origin, Sicily, which reminds him so much of Greece.

After this interview, I was left with a huge smile on my face for the rest of the day and all I could think of was that this is the only way it is worth thinking about the people we meet! Human, friendly, smiling, simply… magnifico! Ladies and gentlemen … Mario Biondi! 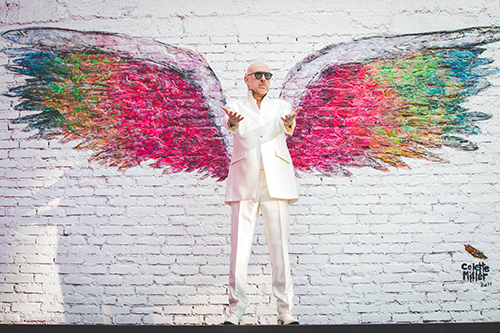 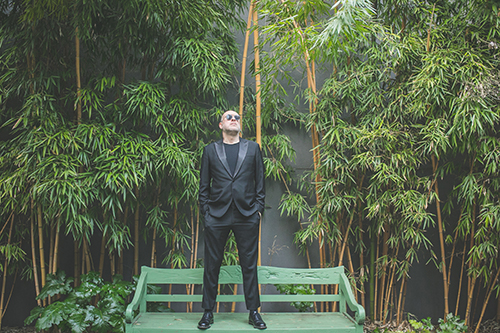 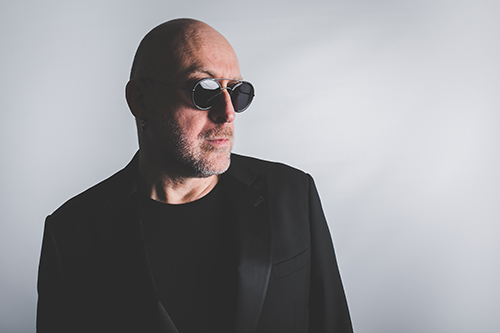 Recently you released your new album “Dare”. This word stands both in English and in Italian but it means a completely different thing in each one. What does this word mean to you? Why did you choose this title for this album?

I used this word because I love double meanings and the double meaning of this word is beautiful. I believe that same words in two different languages may have something that connect them. In Italian “Dare” is about “giving” and to give something to someone you have to be brave, you have to dare, to use your courage and your brave heart. It’s not easy to do the right thing. Although one out of the most problems is that the “givers” have to set the limits because the “takers” don’t have any.

I would dare to do something like bungee-jumping. I’ve never done it before because you have to be very brave. About giving… personally I think that in my life I give everything to the ones that I love. Also I have a very big family and for me it’s not easy to be only for my own.

On this album we saw your collaborations with various artists like Il Volo, Incognito, The High Five Quintet, Dodi Battaglia, DJ Meme etc. Artists that serve so much different genres. What new do you think these artists brought to your album?

First of all, I chose these artists maybe because I would like to “dare”. These people are friends of mine. All of them. I met Il Volo when they were 13 years old and I saw them growing year after year. We had to do the cover of “My Way” for Italian television and the result was fabulous, just excellent. Dodi Battaglia is one of the ten most known guitar players in the world. He has played with a lot of great musicians all around the world. Bluey (Incognito’s frontman and founder) is a kind of brother to me. He’s like my big brother. He taught me a lot of things in my life. He taught me how to have a heart full of things. He’s a beautiful person.

I stopped working with The High Five Quintet, maybe 15 years ago and it was a pity. I was very upset for that but I called them and said “Hey guys. Now it’s time for us to do something together again. What do you think about it?”. That was the perfect moment because all them said “OK man! We are ready to reunite the band for you and have a couple of songs together”.

Considering the global difficulty of the pandemic, how hard was it to get all these guest musicians to play on this album?

Lucky me, I started working on this album before the pandemic period. But the last three songs were produced during the pandemic and for sure, it wasn’t easy! It was like you and I right now (meaning comunicating via skype), trying to put everything together. It wasn’t easy at all.

Your first single from this album is a cover to Herbie Hancock’s “Cantaloupe Island”. Why did you choose to cover this song?

First of all because I love this song. Then, when I heard for the first time the Mark Murphy’s version I was completely captured by him and this song is just perfect! It’s the perfect shape of the stand of jazz that was written by Herbie Hancock in 1964 and no one has reproduced it with lyrics until now.

Which is your favorite song from this album?

It’s hard to say. I love the duet with Olivia Trummer (“Dream for Two”). It’s very good and I’m romantic.

You have collaborated with a lot of international artists since now. Which collaboration is the most vivid in your memory?

Above all I have to mention Al Jarreau, because I was in love with him as an artist for a long long time. At the same level I would like to put Pino Daniele because I grew up with this kind of music, with these musicians. I was happy like a child at Christmas time when I met them.

Are there any other artists that you would like to collaborate with in the future?

Maybe with Michael McDonald, you know from the Doobie Brothers back in the 70’s but before the band he’s written a lot of songs and he was doing the background vocals for a lot of singers like Christopher Cross, Steely Dan, a lot of great musicians.

Over the years you have experimented several genres from funk to pop to jazz. What is the genre you feel more comfortable in when performing?

I love music. I’m not the kind of singer or musician that would say “no, I’m only jazz singer. I’m only soul singer”. I’m just a singer! Nothing more!

Do you have any thoughts of experimenting with a completely different one?

I’ll start working on a very rock project but it’s a kind of experiment right now. It’s a strange experiment but I like it.

Considering your fame and your general career in the music industry, have you learned to protect your soul?

Definitely yes because I’m crazy, maybe more than record companies! Haha! I’m lucky and I guess my fortune was that I became famous when I was 35. I was pretty old which means I wasn’t the guy who would be used by the experimental mechanism of the business.

Do you have musical ambitions that you have not yet fulfilled?

You have performed a lot of times in Greece since now. What do you find the most fascinating thing about Greece and Greek people?

You know I’m Sicilian and I feel very Greek, like you. When I was there it was perfect because I felt like I was in Sicily, like I was in my own city. The people were also very awesome with us. When we were in Athens, it was like a dream. A couple of days before I saw the video of my concert at Acropolis and I was like “wow! What a beautiful sensation!”. The strangest thing was that I was always thinking “Ok. I’m at home. Fantastic! Beautiful place! Magnifico!”.

What was the thing that you enjoy the most when you visit Greece?

Maybe the food! I love your kind of food. When I’m home with my wife I often ask her to prepare the Greek salad, you know with the feta cheese and everything!

Which of your shows that took place in Greece is the one that you will forget?

For sure Acropolis for the sensation and for the place!

(see Mario Biondi’s answer in the video below)

What would you like us to wish for you?

To be able to do a very good tour all around the world and to come as soon as possible in Greece.

I wish! I miss the concerts!

Me too my man!

Mario, thank you so much for this interview!

You’re welcome! It’s a pleasure! It was very nice to meet you and I hope to see you sooner or later in person! All the best to you and your family my man! Ciao! 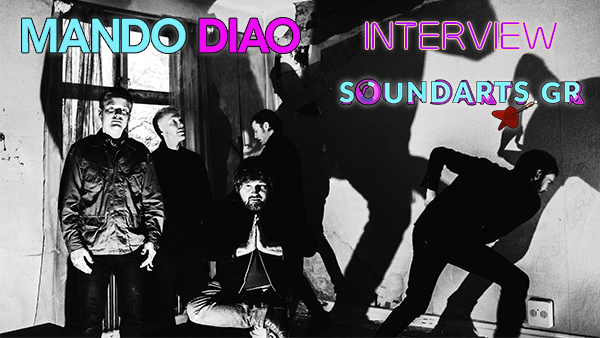