The upcoming singer and songwriter from Australia, named Robbie Miller, introduces himself to the Greek audience via an interview he gave to SounDarts.gr! Miller has a lot of things and feelings to share with us and the music turns into the right channel to make his dream come true.

So, Robbie released his debut album on February 12, entitled “Little Love” and we had the opportunity to talk to him about his new project, but also the story behind it. After winning a radio competition, he got out of his comfort zone in order to play a music festival in Darwin, Australia. And so his story just began. From an introvert person that he was, Miller ended up to share his love for music with people and now through the album “Little Love” he presents us the most honest side of himself. The whole procedure of recording made him the artist who is today and the result is available to listen to.

Overcoming the fear of exposing himself and his music to the public, Robbie managed to write songs easier than ever. Who was the person that inspired him the most and pushes his creativity to its limits? What is the biggest sacrifice Miller made for the sake of music? If you want to learn more about Robbie Miller, read the interview he gave to SounDarts.gr below. 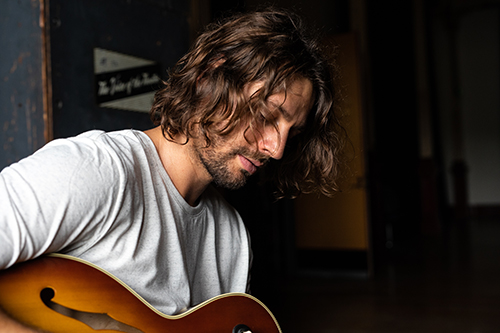 Hi Robbie, welcome to SounDarts.gr! Would you like to introduce yourself to the Greek audience?

Hey, I’m Robbie Miller. I’m a musician over here in the land of Oz and I’ve just released my debut album ‘Little Love.’

Is it true that you went from your bedroom to the big stage? How can you explain it?

Yes, I accidently won a Triple J (radio station) competition to play a music festival in Darwin, Australia. I had a few songs that were just sitting on my laptop from a few years earlier. I thought I might as well upload the songs to their website, but I was unaware that by doing so I was entering myself into a competition! I think I got a phone call about 4 weeks later explaining what I had just won. Then within a month I was playing the main stage of a festival.

Recently, you released your debut album, entitled “Little Love”. What should people expect from this release? What is that element in this album that makes it special according to you?

I think people can expect an album full of honesty, truth and a sense of warmth. Which is also what I think is special about them album. It’s the first time I’ve really put my own life into my music, my own doubts, fears, happiness, sadness. I’ve put my own humanity into every song on Little Love.

You were in the studio for four years creating this album. Did any significant change occur during this time (concerning the album)?

So many! So so many! There is an entire other album worth of material written that just didn’t work. I think this is because I discovered who I was as an artist along the way. I co-wrote a few people who really challenged me creatively which ultimately changed the outcome of the album.

I think that every song has its importance to you. But if you had to choose one of them as your favorite, which one would you choose and why?

Oh, such a hard question. I would have to say Catch Me and for a few reasons. I wrote, recorded and mixed this song myself (one of three on the album) but also because it’s about my fears of becoming a father. I spent a lot of sleepless nights ruminating over whether or not a was up to the task. Whether I could be the person required. When I set back and listen to Catch Me it reminds me that fears are normal, being scared is ok and to just dive into the deep end because it’s worth it.

The procedure of songwriting was something very personal for you, writing solely for yourself, till lately. How/why did you decide to share your songs with the audience?

Honestly, I just think I was hiding who I was for too long. I was afraid of what people might think of me, when really most people don’t really care. Being honest about that was the hard part. Once I faced it, writing become easier.

If you had to choose 5 songs for the soundtrack of your life which would they be?

Here Comes The Sun – The Beatles,

Do you believe that you have learned to protect your soul in the music industry?

I wouldn’t say I’ve learned to protect. I guess for me try to go more with the flow and not take anything too personal.

Is there any person from your professional field that pushed or motivated you to make the “next big step”?

I don’t know if there is one particular person who motivated me but my friend Alex Henriksson, who produced my album, really inspired me to push my creativity to it’s limits. I’ll always be thankful for that.

What is the biggest sacrifice you had to make for the sake of music?

Sport. Sport was the biggest sacrifice for the sake of music. I work full-time while doing music and I just didn’t have the time to do all three unfortunately.

Have you ever dreamed about your biggest goal in your musical career?

If so, could you tell as what it is? I would love to have a number 1 album or song. For me that would be the pinnacle.

What is your motto in life? What would you like us to wish for you?

For me, I just tried to take each day as they come. I try not to get too caught up in the past or what’s ahead. Just simply live in today. I like for you to wish for the happiness and health my family because they are what I hold most dear. 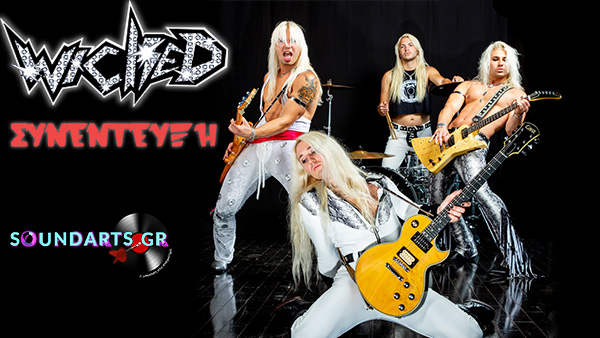 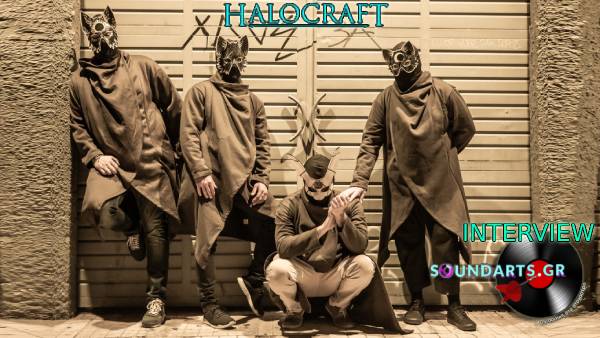