In Greece, we got to know them back in 2001 with their single “F-F-F-Falling”. Two years later, their career was launched with the success of “In the Shadows” when The Rasmus became one of the biggest names not only in their birthplace, Finland, but all over the world. The songs “In My Life”, “First Day of My Life”, “Sail Away”, “Livin ‘in a World Without You” etc. gained them even greater fame to an even bigger audience and just like that last year, The Rasmus returned with the song “Bones” and later with their special collaboration, with their compatriots, the also amazing Apocalyptica, on the song “Venomous Moon”.

While we were all anxiously waiting for their next discographical project, The Rasmus at the beginning of 2022, “pulled over” and released their new hit “Jezebel”, with which they are currently claiming the first place in “Uuden Musiikin Kilpailu (UMK)”, the Finnish Finnish selection for the next artist to represent the country in the Eurovision Song Contest. The song bears the “heavy” signature of the world-renowned producer Desmond Child (Kiss, Bon Jovi, Aerosmith, Alice Cooper) and thus is automatically considered the big favorite of this year’s UMK. Besides, last year’s winners, the Italian rockers Måneskin, did not leave any rock band unaffected and so The Rasmus, did not gave so much thought about it and hurried to register! Besides … why not?

But what was their initial motivation and what is the inspiration behind the writing of “Jezebel”? What message do they want to convey with this song and what role did Folegandros play in the process of its creation? These and many more are the topics we discussed with The Rasmus during the interview they gave us shortly before the grand final of the U.M.K … Good luck guys!

Hello guys and welcome to SounDarts.gr! You have just released your single “Jezebel” which is your Uuden Musiikin Kilpailu (UMK) 2022 entry potentially for representing Finland in Eurovision. How did you decided to set a nomination for the contest?

Eero Heinonen: The idea of taking part in the contest came from Lauri our singer who also had the demo of the song. It was an interesting moment because we’ve never been in Eurovision before… obviously, but it’s something that our fans have been requesting. There was also this whole scenario that the Covid pandemic has been really difficult, really bad for many music makers and then in that time Lauri had decided to bring some joy to what we’re doing. He was like “Let’s take part in the competition. Here’s a good song” and I felt that this is a good song indeed and we should go for the contest because it sounds like a winning piece to me.

According to you which song of the UMK 2022 feels really competitive to win?

Emilia Suhonen: All the songs are really good and there are many songs from different genres so there’s pop music and rock music and so on. I think it’s really hard to say which one is our toughest competitor because Finnish people can be really surprising on how they vote so I think all the songs are good competition for us.

Aki Hakala: Yeah it may be a tough competition but in addition I was thinking this morning that only three of them are in English and the rest of them are in Finnish and for that it’s really hard to say how people will vote but we are willing to win this game.

In the press release of the song it was revealed that you wrote the song in Folegandros here in Greece, alongside world-renowned producer Desmond Child. How did this collaboration occur and how did you end up in Folegandros Lauri?

Lauri Ylönen: We have actually been to Folegandros before. It was about 12 years ago with Desmond. Every summer he goes there with his family so we went there to write songs with him and started the production for that album “Black Roses”, a long time ago. In a way, Folegandros has become a really important base for us. Now that I returned there last summer it felt like magical because I knew everything. I knew all the three restaurants they have, I knew the 200 white chapels they have… they have more chapels than houses there (ha ha), and it’s a great place. I just called Desmond and I was like “I have this idea of a song, I need your help, we got to write the best song” and he said “Come here tomorrow and let’s write the song together”. So the next day I flew from Hawaii to Folegandros. It took me like 35 hours to get there.

Emilia Suhonen:  Not even the writing of the song took so long.

Lauri Ylönen: The writing of the song only took us 4 hours so that was fast.

Aki Hakala: And then there was time for eating the very nice, Greek food.

Lauri Ylönen: I was in a ferry from Athens to Folegandros. It was like 5 hours and people were throwing up everywhere around me and I just had my little guitar, trying to focus on playing my guitar wishing “Please God… it smells so bad“!  I think this gave us the inspiration for this song (haha).

Lauri Ylönen: No of course it wasn’t… it’s based on a character in Bible. There’s a horrible but attractive woman called Jezebel, mentioned in the Bible.

Lauri Ylönen: Yeah she was strong but she was also a murderer and a cheater. She was also very beautiful, attractive, smart and kind of interesting girl from the history. She was the inspiration for the title but we wanted to take it in the modern world and actually it’s a song-tribute to the strong people, people who make their decisions in their lives and maybe do things differently. That could be also us because we always make things differently. For example we never got a real job…

Lauri Ylönen: haha… well you know what I mean. It’s been a struggle but good things have come out of it. We have been brave, taking risks and we have come pretty far.

In case you win UMK, what are your further expectations from Eurovision 2022?

Eero Heinonen: It’s too early to talk about winning because everybody is getting ready for the UMK obviously. Of course we would love to represent Finland in Turin…

Emilia Suhonen:  to wave our blue and white flag there…

Eero Heinonen: yeah to wave our national flag there and all that but you know there are a lot of great artists coming from other countries like from Germany they have a rock band called Eskimo Callboy and they’re pretty cool. I love their style and their humor but you just go with the flow and you give your best.

Lauri Ylönen: I think it’s going to be a fun ride, to go to Italy, at least two weeks before the show, to meet people, hopefully in an open, safe place, so we can really have fun there.

Aki Hakala: Our friends from Finland, Blind Channel, who went there last year, said it was a really nice show and that they had so much fun there. They really enjoyed it so I think we should get there too.

Lauri Ylönen: It’s been so boring and a tough time with the Covid so everybody is looking for some excitement and something fun to do.

Emilia you are the newest member in the band. What were your first feelings and thoughts when you were offered Pauli’s position in the Rasmus?

Emilia Suhonen:  Well obviously I was shocked because this is like the best band in Finland. At the same time it felt kinda natural like this is the only band I would wanna be in so I was really surprised but at the same time pleased and glad that the guys called me. Then we went to the rehearsal place and everything just clicked. It was natural and a lot of fun.

Lauri Ylönen: I want to say that we are lucky to have you because you’re not only super-talented guitarist but also you’ve been playing guitar for almost your whole life

Lauri Ylönen: yeah and you’ve been touring with a lot of bands before so you kinda know what it’s like. It’s not always glamorous!

Aki Hakala: and she also tells as bad jokes as we do…

Emilia Suhonen:  I think mine are worse

During 2021, you released the singles “Venomous Moon” and “Bones”. Are you planning on a release of a full length album? Could you share any further information about it?

Lauri Ylönen: We are working on the album but right now our focus is on UMK and hopefully Eurovision later.

Emilia Suhonen:  We will release news about the album after this.

Lauri Ylönen: But to answer your question… yes we have worked on the album but it’s still in writing progress. We have Em with us now and there are a lot of changes you know and we kinda want to take it slowly and focus on one thing.

You became really famous outside the Finnish borders back in 2003 with your hit “In the Shadows”. How do you recall this period and how has your sound changed over the years?

Eero Heinonen: Yes the Rasmus had this great hit with “In The Shadows”, and it was our first international breakthrough. It was kinda “a dream come true” moment for us because ever since we were kids we wanted to create our music and play it for people, travel to different countries but when all the dreams come true in a little moment then it was quite overwhelming. We were travelling for more than 200 days in a year and never saw our families and blah blah blah

Aki Hakala: People seem to love it still especially when we play it in festivals people really get crazy and they’re always jumping around. That’s how they show their love to us. That’s a fantastic song and we enjoy playing it still!

What is the element in your song writing process that you cherish the most?

(see The Rasmus’ answer in the video below)

(see The Rasmus’ answer in the video below) 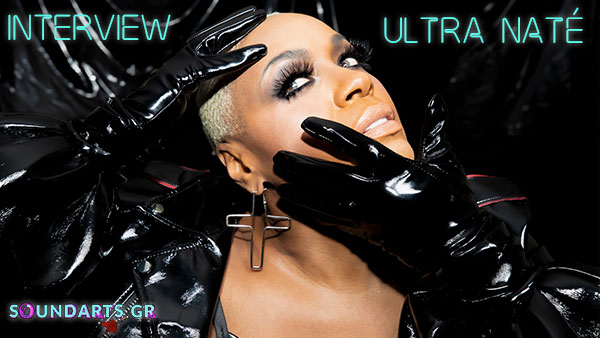 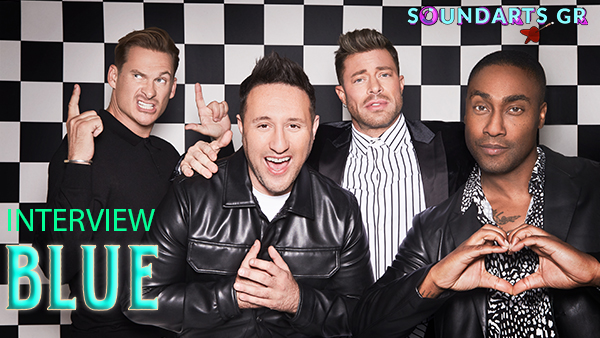